When you book with an account, you will be able to track your payment status, track the confirmation and you can also rate the tour after you finished the tour.
Sign Up
Save To Wish List

When you book with an account, you will be able to track your payment status, track the confirmation and you can also rate the tour after you finished the tour.
Sign Up
1785
7 Day
Availability : Apr 1 - Sept 30
Cusco
Choquequirao & Machu Picchu
Min Age : 18+
Max People : 15
OverviewItineraryPhotosMapReviews

Choquequirao Trek to Machu Picchu: This 65 km trek takes you through lush jungles, deep canyons, and many snow-capped peaks along the way to Machu Picchu. If you’re in for a great Peru adventure, this is one of the most beautiful treks in the Cusco Region.

The Inca city is situated in the vast landscape of the Vilcabamba Range above the Apurimac River Canyon. Thick forest has covered this Inca site for many years and it has only been discovered in relatively recent times.

Choquequirao was the dwelling of the last rebel Incas of Vilcabamba and similar to Machu Picchu, it is thought that the Spanish never discovered it. This is a challenging trek traversing different ecosystems; it’s possible to do this route in 7 days by just exploring Choquequirao in the morning on day 3 and then continuing.

There are amazing views of the Vilcabamba Range and the trail descends deep into the Apurimac Canyon, which makes this a truly magnificent hike.

The main ruins of this trek — Choquequirao, Llactapata, & Machu Picchu — all have their own distinct features and functions. The Incas built an all encompassing trail system spanning these sites and the whole of the Sacred Valley, making for a detailed and adventurous trek.

Highlights
Experience the ancient ruins of Choquequirao, “Sister City” of Machu Picchu
Pass through the recently-uncovered ruins of Picha Unuyoc
Descend down to the Rio Blanco for a refreshing dip in the river
Climb the Abra San Juan pass (4150m) with views of Cordillera Vilcabamba
Finish the trek at Machu Picchu, and explore the ruins at sunrise

Depart from your campsite at Chikiska and continue your trek across the Apurimac River and pass through the communities of Santa Rosa and Marampata. The steep path passes through territory which can get humid and hot depending on the season. One of the more strenuous days, with dramatic views of the canyon as you approach the ruins of Choquequirao. In the evening, we will arrive at our campsite, located right near the ruins of Choquequirao.

After breakfast at your campsite, head out to visit the ruins. With few other tourists around, explore the main plaza, ritual bath, and inlaid stone llamas at the ruins of Choquequirao. The site sits atop a hill rising 1,600m above the Apurimac and was hidden from the Spanish for centuries until Bingham stumbled upon it before Machu Picchu. The site is yet to be completely excavated, with much of it still shrouded by jungle and cloud forest. In the evening, return to your campsite near the Choquequirao ruins.

Get ready for the toughest day of the trek. You’ll start by trekking 1,400m downhill from your campsite near Choquequirao to the newly uncovered ruins of Picha Unuyoc, then down to Rio Blanco where you can dip your feet in the refreshing water. You’ll then climb 1,200m back up to Maizal, a beautiful campsite at 3,000 m.

Day 5Choquequirao to Machu Picchu Trek - Maizal to Yanama, then drive to Lucmabamba

Depart from your campsite in Maizal and hike past long-lost silver mines through the Abra San Juan mountain pass to the highest point of the trek at 4,150m. From here, you’ll have breathtaking views of the Cordillera Vilcabamba range, then you’ll descend down to the village of Yanama before driving over the Totora pass to the village of Lucmabamba.

On your last day of hiking, you’ll walk from your campsite in Lucmabamba through fields and cloud forests along an imperial Inca trail. Llactapata is a small, beautiful set of ruins hidden in the wilderness with a view across to Machu Picchu. From here, you’ll continue down to the Hydroelectric power station, where you can either take a train or hike to the town of Aguas Calientes. Upon arrival, check in to your hotel and relax. Be sure to get a good night’s sleep for an early start to see Machu Picchu at dawn.

Get an early start to beat the crowds and get the best views of the ancient ruins. From Aguas Calientes, it’s an easy 25-minute bus ride up to the Machu Picchu ruins. This 15th-century Inca citadel is located at 7,970ft (2,430 m) and is a masterpiece of engineering that served as a sanctuary and retreat for the Incan Emperor Pachacutec and his royal court. Machu Picchu, which means “Old Mountain,” is considered a World Heritage Site by UNESCO and is one of the new Seven Wonders of the World.

Built as a seasonal residence for the Inca family, Machu Picchu was rarely home to more than 800 people, and during the royals’ absence, a mere 100 servants would remain at the site to maintain the grounds. Machu Picchu was abandoned 100 years after construction due to the Spanish conquest and remained largely hidden to the outside world until the early 20th century.

Your guide will lead you around the site and explain the different buildings and curious corners of the building complex. Approximately one-third of the site has been reconstructed into its original structure, giving visitors a sense for the grandeur and artistry of the original citadel. After the tour, take the bus back to Aguas Calientes for lunch and then board the train to Ollantaytambo. Upon arrival in Ollantaytambo, transfer to a vehicle for your transfer back to Cusco. 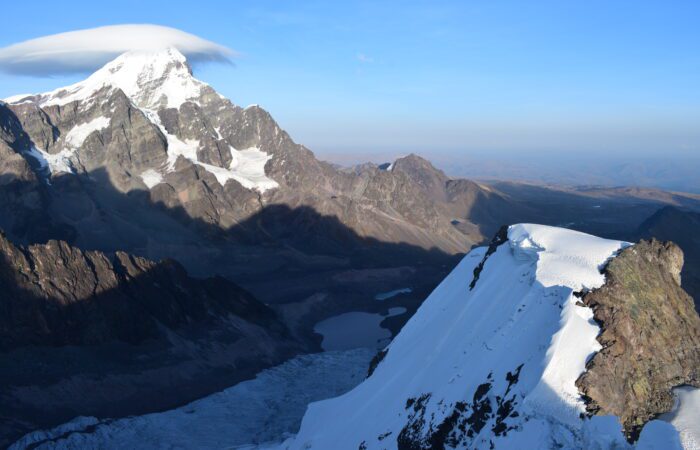 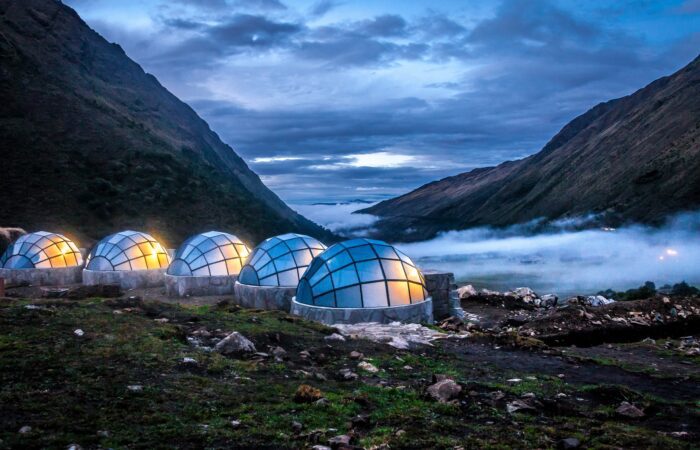